I am having a June photo challenge over at my new home thirtymummy.com If anyone would like to join in.
Posted by Lisa @ Thirty Mummy at 08:38 0 comments

I have now moved this blog to my own self hosted word-press site. Please pop over and say hello, I am missing you all. www.thirtymummy.com

Day 28 (What are you looking forward to) 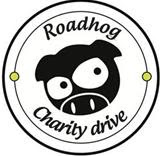 This is an easy one, I am looking forward to our Charity drive with Roadhog around Europe in August with my husband, Just us two of us in a banger dressed up as something (yet undecided but the husband has suggested we dress up as Oompa Loompas, I am still to be convinced on that!) we will be traveling 3000k to unknown destinations, its been described as Europe's greatest treasure hunt, A magical Mystery Tour mixed with National Lampoons Europe Vacation and a pinch of Cannonball.

I'm sure you have heard me talk about this before, we are doing it for Dreams Come True its a children's Charity that grant wishes to Terminally ill and Seriously ill kids in the UK and Northern Ireland. We have a just giving page if anyone would like to donate to this very worthy cause can do so  here we have set a target of £800 and we are currently sitting at £550.

Fish is definitely the dish!

Last Wednesday I was fortunate enough to be Invited by Fish is the dish to the amazing Belfast Cookery School to learn more about cooking fish especially as it was geared towards families. This was their first ever class and it was held in Belfast.

Our brilliant teacher for the day (who was also very entertaining) was Wayne Carville the head chef at Mourne Seafood. 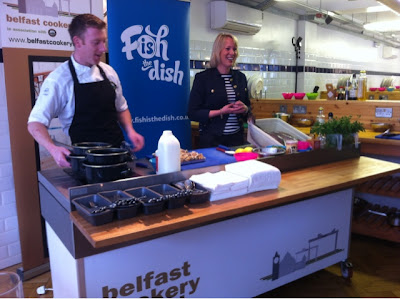 The day started with Oysters! I have only ever had a oyster once and I just swallowed it. I wasn't looking forward to having to try one at half ten in the morning but, try it I did and I must say they were gorgeous if you chew them and the splash of Tabasco and lemon juice made all the difference. I am thankful that I didn't have to open one, I am really accident prone and probably would have chopped a finger off. Heather from Fish is the dish said she had never eaten an oyster so she was challenged and she reluctantly accepted.

Our breakfast continued with mussels Wayne cooked one batch with just lemon and the other batch was supposed to be cream and white wine but ended up as just a cream sauce as Waynes assistant Chris brought up a bottle of sherry instead. We were told it was a popular dish at the restaurant for kids, I have never thought of giving S mussels but I certainly will now and they are super quick to cook, they were ready in just a few minutes.

Next Wayne showed us how to fillet (was handy to know but I would probably not do this at home) and prepare a few different types of fish ranging in price, from 50p to £30/£40 for the monkfish. I was surprised at how little difference there was taste wise between the cheaper and more expensive bits. 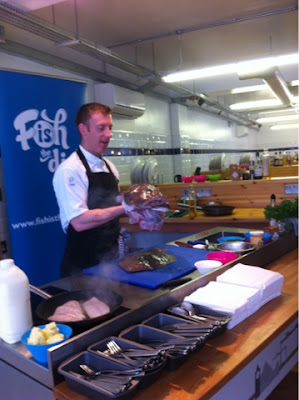 The last dish Wayne prepared was the one we were going to cook. Hake with Germolata, sautéed potatoes and a side salad.

This was such an easy dish to make, the Germolata made with, Chilli, Lemon zest, parsley, garlic and breadcrumbs which I forgot to add to mine! was prepared while the pan was heating up. Next a little oil was added to the pan and in goes the fish skin side down along with the potatoes. During this time I was distracted by Paula McIntyre from Radio Ulster for an Interview for her Saturday morning magazine show which I managed to ramble through. When the fish skin was golden brown in colour it was turned over, we added a knob of butter and turned off the heat and left to rest for a few minutes before plating up, It was that easy.

The finished product, I am surprised at how quick and easy the dish was. I really enjoyed my day and I learnt a lot and I will be definitely be adding more fish to my family's menu. The night after the course I re-created the dish for my husband and S it went down really well.  I also made homemade fish fingers thanks to the folder in the goody bag we all got going home, I don't think I will ever buy frozen fish fingers again they were so easy to make and S had so much fun helping to make them. 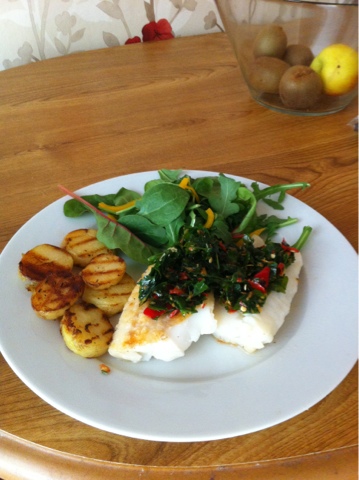 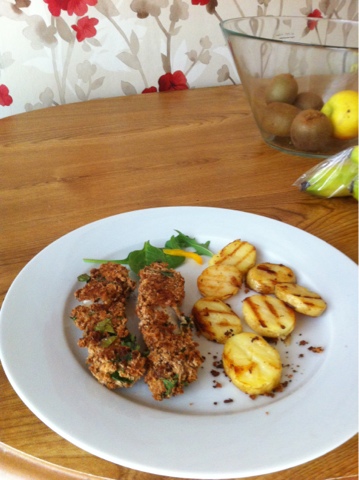 I have a lot of recipe books and I don't really have one favorite. I was fortunate enough to be able to attend a fish class at the amazing Belfast Cookery School last Wednesday. I'll be posting all about my day there later. This is the recipe we made, I recreated it the next day for the husband and mini me, both who really enjoyed it. 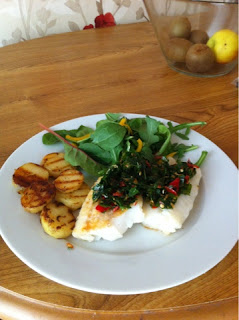 Put all the Gremolata ingredients in a bowl and mix well.
Season the fish, in a hot pan with a little oil, begin to cook the potatoes and the fish skin side down until golden. Turn over and add a knob of butter. Remove from the heat and rest in the pan for a few minutes.

Plate up and add the Gemolata on top.

This is the one I want to share with you this is my before and after picture so to speak, the one on the left is me is the weight i was just before I got pregnant and the one one the left about a month ago. 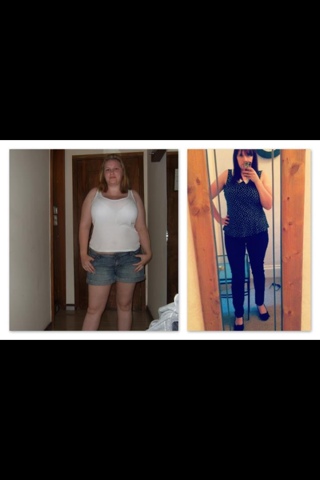 Here in Belfast the weather is awful most of the time! Its been lovely here since monday I'm sure this is unheard of. Today I went to the beach not once but twice, It was lovely although a bit too warm our car was telling us that it was 29 degrees at one stage. We are actually getting better weather than my littlest sis who's on holiday in America, she's jealous. 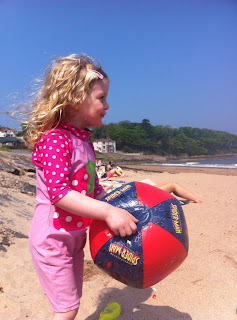 My sister called to say that she'd packed a picnic and she was coming to pick me up (much more exciting than I originally planned to do with my day) she told me that she was dodging the housework at home. I did think twice about going as mini me has been sick since Tuesday she's still not great but seemed to enjoy herself building sandcastle with her Sidekick RyRy.

As I type this I can hear my husband sniffing upstairs, he's not been too well either!

You may have noticed my address has changed above, last friday slightly intoxicated with too much wine I bought thirtymummy.com. I have been messing around with word-press since buying my domain so I can possibly move away from blogger, the only thing stopping me is losing all my lovely followers.

Thats all the late night ramblings for now, I'm off to bed.

Lisa @ Thirty Mummy
Hi, I'm Lisa. I live in Belfast with My 2 year old daughter and my husband. This blog is my little bit of ‘ME time’. I I hope you enjoy reading my ramblings about motherhood and life, as much as I enjoy writing them.